Scott Sports started making goggles back in 1970 when they first stepped into the motocross world. Since then a lot has changed in the goggle world, but for Scott, some things have stayed the same. In such a saturated market, how does a company stay relevant without doing something drastic or unwarranted? By focusing on performance, improving field of view, utilizing quality materials and American production, Scott set out to create a new goggle they would be proud of – the Prospect is born.

One of my favorite new features of the Prospect Goggles is the larger viewport made possible by the increased height of the frame and lens, compared to Scott’s Hustle goggles. With the increase in frame height, also comes an increase in strap height, which measures out to 50mm. The strap comes lined with a no-slip silicone strip that keeps the goggles in place no matter what you’re riding in. Scott’s innovative lens lock system features four locking pins that go through the lens instead of grabbing it from the top works well, but does not make lens swaps any less of a pain in the ass. Nevertheless, the lens stayed in placed and held secure, a nice thing to know should you face plant in the cabbage. Another unique feature that Scott equipped the Prospects with is a set of articulated outriggers. The outriggers help adapt the goggle to just about any helmet shape and size, giving a complete and consistent seal between goggle and face. The Prospects also come with a NoFog Anti-Fog lens treatment, removable noseguard, three-layer face foam and 100% UV Protection. Scott provides an additional lens with each Prospect goggle as well as a microfiber goggle bag. The business side of the 50mm Prospect strap. 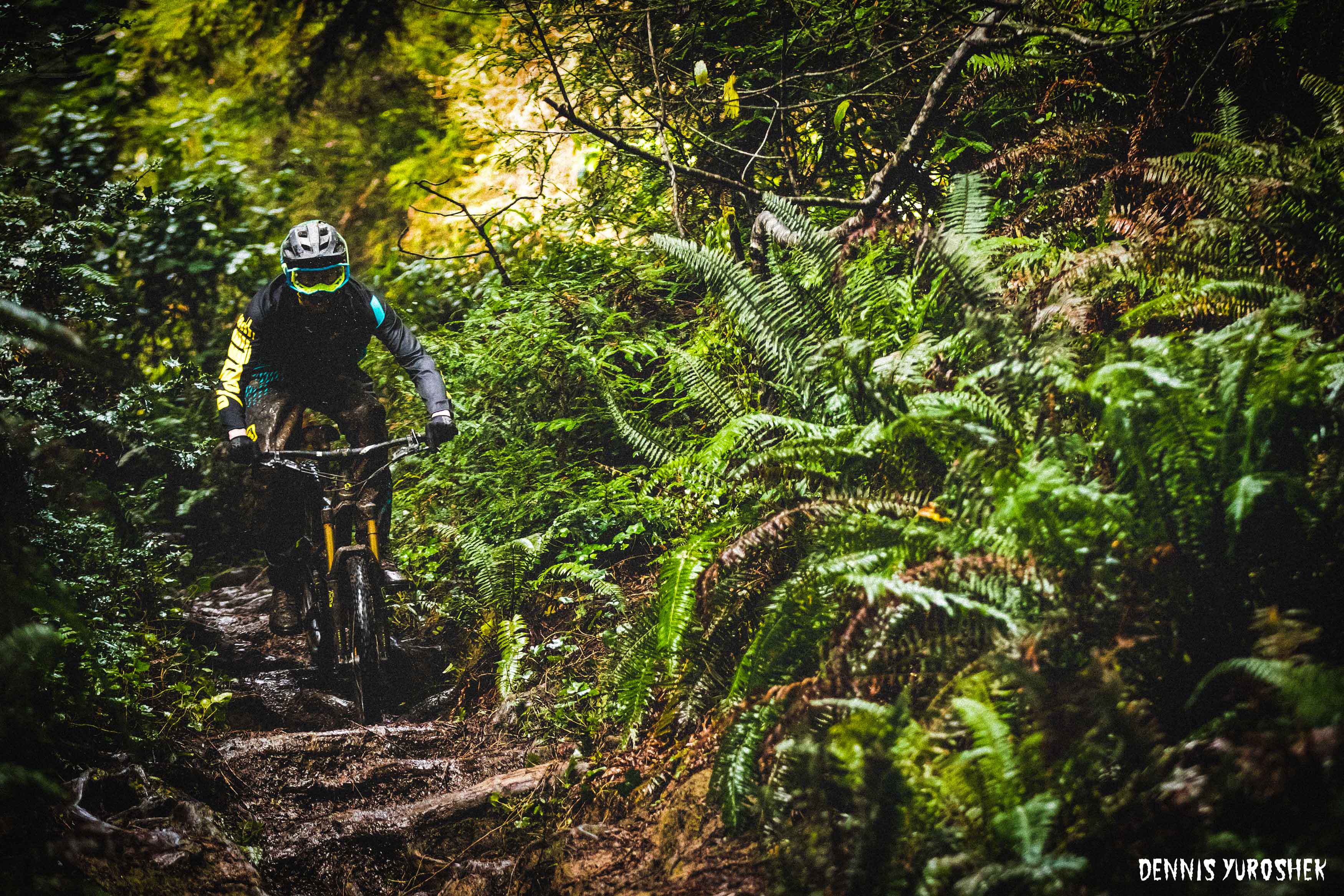 I’ve been running the Prospects for a couple months now, the first time I put them on was for a week of riding in the dense forests of Humboldt, CA and it just so happened to be raining the entire time we were there. First things first, I had to swap out the chrome lens for the clear, I figured the lens lock system Scott designed would have aided In making the swap a little less of a headache but that was not the case. It took about as much time and effort as a traditional framed lens, and lining up the holes in the lens to the clamps took a little finesse. Not a deal breaker.

The clarity of the clear lens and that little bit of added line of sight from the larger frame kept traill visibility on point. The tall strap and silicone strip secured the goggle in place on my half shell for the full endurbro look and didn’t move or slip a bit, despite the soaking conditions. I do have one qualm with the NoFog Anti-Fog treatment, it’s not so much the lenses but with the gimmicky name for the treatment. Any time we would pause during the ride, the goggles would fog right up and would not de-fog until I got moving for a couple of seconds. I don’t think any goggle would have been immune to fogging up, given the conditions, but when NoFog is the name of the treatment, I expect the lenses to never fog up. If I had to give them a number rating, I would say they get a 7 out of 10 in these conditions, with the fogging issue knocking a couple points off.

I traded out the clear lenses for the chrome tinted lenses once I got back to sunny SoCal. After a week in dark, wet conditions it was quite a contrast to spend a sunny day at Snow Summit where trails go in and out of the shaded treeline to bright, sunny openings at high speeds. After much time in enduro-mode I threw on my 6D full face and found the goggles extremely snug almost every way, most noticeably in the opening of the helmet. If the goggles were any larger they likely would not have fit. Just like the half shell, the goggles stayed firmly planted in place over my helmet over the jump line and through the rough stuff. Cruising in and out of the shaded areas was no problem for the tinted lenses, they had no visual side effects, at least with my experience running them. I actually have no qualms with the goggles in bright, sunny and warm conditions. In these conditions, I would give the Prospects a 9 out of 10. Scott has been in the goggle game for 47 years now and the Prospect model solidifies them as one of the premier goggle makers on the market. I’ve been a huge fan of their goggles for the last couple of years now and the Prospect only improves upon their previous offerings. The simple colors and designs on the Prospects let the goggles stand out without actually standing out, unlike some goggles from other brands. Would I recommend the Prospects? You bet I would! Despite the lens fogging issue while idle, I’ve yet to wear a goggle that doesn’t fog, I have no issues saying these are some of my favorite goggles to date. Beyond that, they’re made in America and the price tag on these won’t break the bank. For what is included at $90, the limited edition versions run upward of $109, you’d be hard pressed to beat em.