We just got the Jamis Portal C1 a few weeks ago and have been able to get a couple rides on it so far. We’ve got a call set up with Jamis to discuss set up, intended use and ideal rider types to make sure we’re putting this bike where it needs to be. One thing is for sure though, the looks, stance and position on this bike can easily lure you into terrain well above the 130mm of travel the bike was designed for.

We’ve been very impressed with the bike’s climbing abilities, enjoy the snappiness, playful feel and just the overall body position when attacking the trail on this light weight bike.

Stay tuned for a full review and video feature on our YouTube Channel coming very soon.

It’s been just over one year since Jamis launched their Portal® 130mm 29” and Hardline® 160mm 27.5” bike models featuring the revolutionary 3VO suspension platform. As innovative additions to Jamis’ full-suspension offerings, Portal and Hardline represented an evolution from well-seasoned single-pivot designs to an original, finely-tuned dual-link arrangement. As a 3VO bike progresses through its travel, the instant center (or virtual pivot) remains behind the bottom-bracket while tracing the chain line, resulting in a ride that completely isolates pedaling forces from bump forces. This attribute combined with a multi-stage leverage ratio produces a zero-compromise, exceptionally capable system.

At the one-year mark, response to Portal and Hardline from cycling media and riders alike has been overwhelmingly positive. “Riders are blown away by how well the bikes pedal while at the same time being fully capable and supple through all types of terrain” says Bryan Dubuc, Jamis Demo & Events Coordinator. Bryan heads the Jamis 3VO Demo Tour, which in 2019 included 10 marquee events and over 55 shop rides, placing more than 1,200 riders behind the handlebars of a Portal or Hardline.

For 2020 Jamis has taken the 3VO design a step further by adding carbon models to the mix. Their in-house design team has reduced frame weight by more than 2 pounds using Jamis’ proven Dyad Pro hi-modulus carbon as a frame material, marking a significant improvement to an already outstanding platform.

Both Portal and Hardline models will be available in three carbon and two aluminum price-points each, along with frameset options for custom builds. All models are in stock now and ready to ship.

For more information on Portal and Hardline and the 3VO suspension system please visit: www.jamis3vo.com

ABOUT JAMIS BIKES
Jamis Bikes rolled out its first bicycle in 1979 and has since built a reputation as a brand unmatched in performance, value, and style. Jamis bicycles are sold in the US from coast to coast and in over 50 countries worldwide and have won numerous design awards including Bicycling Magazine’s Editor’s Choice Award 14 times and Mountain Bike Magazine’s Bike of the Year twice. G. Joannou Cycle, parent company of Jamis Bikes, was established in 1937 and remains the largest bicycle business in the US under original family ownership. Jamis bikes are the choice of professional athletes in virtually all disciplines of cycling competition including road racing, triathlon, cyclocross and mountain biking.

More information about the company is available at www.jamisbikes.com. 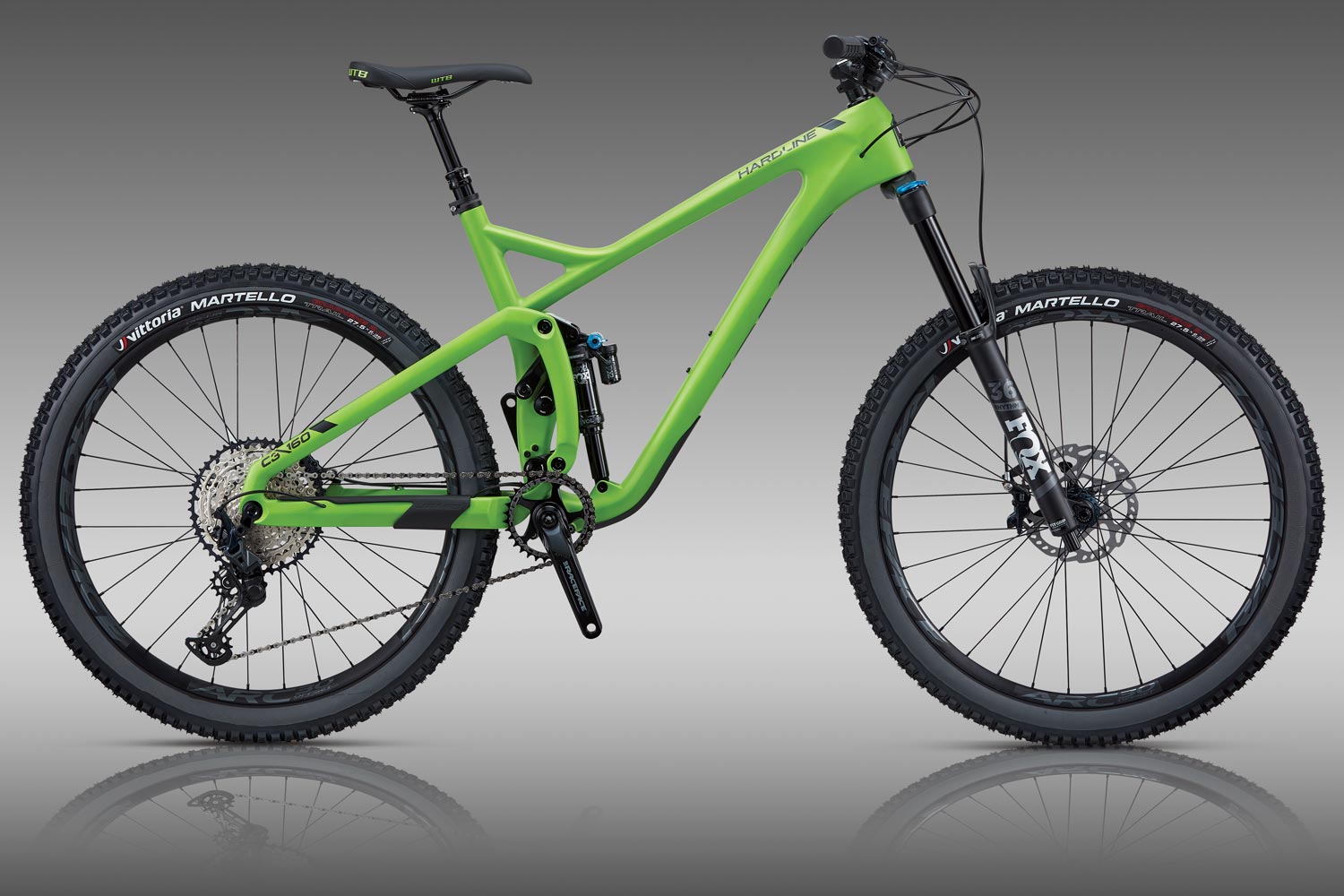