Over the last decade, we’ve undeniably lost touch with the average consumer, what beginner mountain bikers want and exactly what a budget-friendly dual suspension mountain bike will get you. After receiving lots of messages and inquiries from riders looking to get into the sport or seeking an upgrade to their hardtail with a budget of less than two thousand dollars, we decided it was time to get in touch with our roots. The smiles we had while testing these budget mountain bikes were big and the fun we had reminded us of our teenage years when we’d spend more time trying to make a section of trail, or seeing who could wheelie or manual the longest, or jump the farthest.

In a way, these bikes reminded us that mountain biking can be a simple and fun escape and you don’t need to put yourself into debt to have a really good time on two wheels. In the spirit of stoking out budget-minded riders, we asked each of the brands to donate their test bikes to us so we could give them away to five of our subscribers and they all agreed! It was the icing on the cake and we truly hope these bikes make it into the hands of people who need them and will have an absolute blast riding them!

Below are the five contestants who entered the ring for our bareknuckle trail brawl and we’re pleased to report that all bikes and riders made it out of the ring, albeit with a few scratches and stories, but no worse for wear. This was one of the most fun tests we’ve had in recent memory! Riding bikes in a price range we don’t normally receive tests bikes in, allowed us to really see how technology and components have evolved. Riders with fancy palates will certainly notice the lack of refinement in touches like brake levers, cockpit hardware, rubber compounds, and most notably suspension tuning. However, once we pushed off and started heading down the trail, many of those things faded to the background and we simply enjoyed our time together, the trails, and riding our bikes. These budget mountain bikes are insanely capable for the price and we were able to tackle some pretty aggressive terrain and high-level riding without many issues.

Without a doubt durability of the components will be an issue, we found ourselves tweaking with cable tension on the derailleurs more than usual and spoke tension certainly didn’t hold up compared to nicer sets of wheels found on higher end bikes, but for several weeks we rode these budget mountain bikes hard and for a lot of miles. For the average consumer who may not ride as much or as hard, the issues we encountered may not be notable. Tires are a common weak point as are rear shocks, and on a couple of bikes, the lack of a dropper post too. Although we’d probably put a good set of tires before a dropper post in terms of upgrades. If you are looking to get into this amazing sport, or have outgrown your current bike and want to upgrade, there are a lot of great options out there that are relatively affordable. We always tell people to spend the most that they’re comfortable with as long as it’s smart money! Spending an extra $300 may not be worthwhile just to get a better derailleur and tires but, another brand may offer a bike that’s $350 more and comes with components that will make a bigger difference to the ride and WILL be worth the jump in spending. A prime example for us in this shootout is the Diamondback and the Marin Hawk Hill 1. For just $100 more, you’re going to get a much more capable bike that will better take upgrades in the future and yield much better trail performance. That is an upgrade well worth the spend.

We had several riders involved in our test process and each one has a slightly different style and desire out of their bike. When it comes time to make a purchase it’s important to know whose review you’re reading. If an elite level shredder who lives in a super steep, and woodsy area criticizes a bike that’s too steep and short, that doesn’t mean it won’t be the best bike for your intermediate skill level in Ohio, New Mexico or Vermont. For that reason, we try to address multiple bikes’ strengths and weaknesses, as we understand, not all riders and trails are created equal. It’s the reason a Prius makes sense for some drivers but a diesel pickup is a necessity for others. What we’re saying is, take this and all reviews with a grain of salt because while we complain about the Maxxis Forekaster tires being too slick and not offering enough grip, we’re aware that some areas may not have those issues, but probably not many (half-joking). We actually love many of Maxxis’ treads.

WHERE DO THE BIKES STACK UP? One of the best bikes in the test, the Neuron is Nic’s pick and he’s a recovering XC-dork who loves climbing, going fast and threading the needle. This bike is playful, has a very spritely feel, looks good and will serve a lot of people well! Easily a standout and would definitely recommend this bike. Sadly, even though Diamondback’s higher end Release bikes (mid $2,000 price range) ride very well and are standouts in their class, the Atroz is behind the curve. The suspension design works pretty well, the bike is capable, we rode it hard and it passed the test, but the geometry is a major hang up for us and when you can spend just $99 more and get a bike that’s way ahead in terms of fit and performance, it’s a tough sell for us. In our opinion this bike’s overall look, sizing and geometry have us thinking it’s more like a $1,000 bike. In which case, it’d be a pretty solid buy. The Giant Stance is Drew’s top pick and scored highly among all testers. Giant’s suspension platform is supple, pedals well and handles bigger hits nicely. It comes with a Rock Shox front and rear, which is nicer than many of the bike’s X-Fusion dampers. This bike’s only real weak spot was the unnerved feeling at high speeds in berms or hitting big jumps over 15MPH. We believe that has to do with the fact it’s a size medium and has a much shorter reach than our other Large-sized bikes. We opted for a medium for the giveaway sake, but would definitely choose a large for our 5’11 testers. Props to Giant for making a sweet bike at a sweet price. Sourpatch Sean’s pick and our choice for the best performance to price ratio, the Marin Hawk Hill 1 is a really solid choice for riders who want to charge rowdy trails, rail corners and ride hard. The 27.5 wheels make it a bit slower than the 29ers in the group, but also mean the wheels will be a little bit more durable for hard chargers and it corners a bit snappier in the tight trails too. If you’ve got closer to $2,000 to spend, we suggest looking at the Hawk Hill 2 as it’ll come with a dropper post and some nicer components that are worth the upgrade. Either way, as it sits, the Hawk Hill 1 is a very impressive bike for the price. 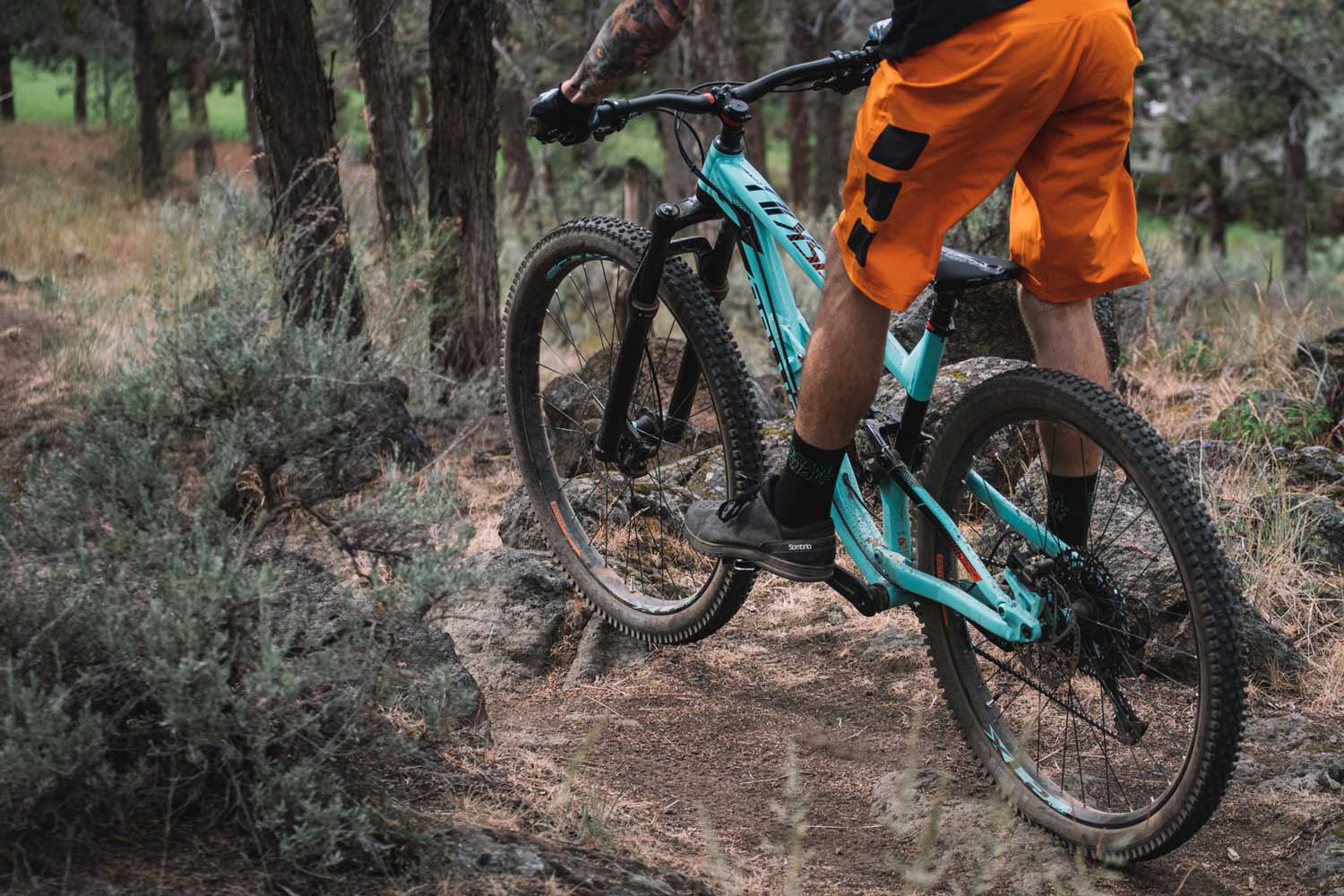 If we were young shredders, looking to build jumps, charge downhills, freeride and generally get rowdy, the Polygon Siskiu T7 would be our top recommendation. It’s got the most travel in our shootout and has probably the most modern feel and look. This bike would benefit greatly from upgrades to the shock, fork, wheels and brakes as you progress your skills as a rider and start sending it harder and bigger. The Siskiu looks great, rides well and comes in a 27.5 or 29-inch version depending on your preference and local terrain.

ALSO A HUGE THANK YOU TO OUR SHOOTOUT SPONSORS 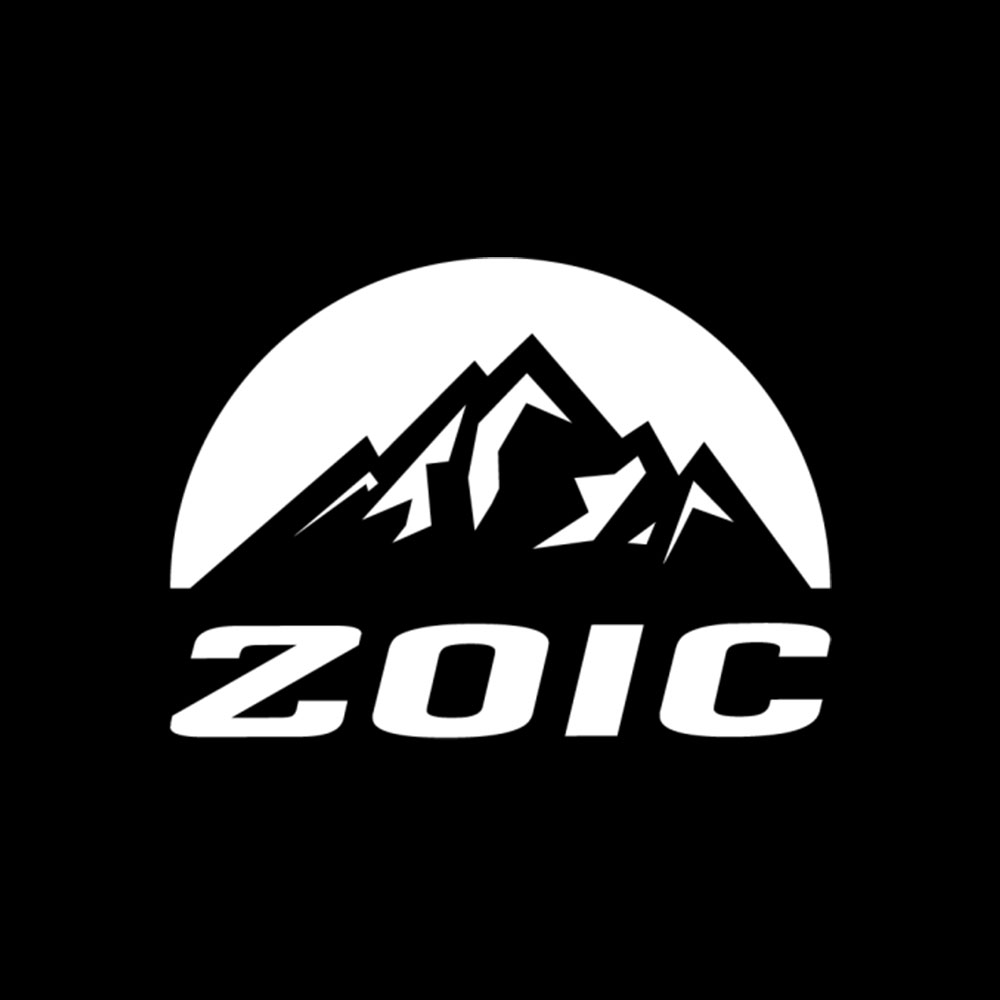