Back with another punch to follow up their bike release combination, Santa Cruz Bicycles has just released new Bronson. After just a couple short rides, we are very excited to share our first impressions on this limit-pushing, line-blurring mountain bike. If you’re interested in learning about the bike, or more specifically, looking for geometry, build specs, or other information check out Santa Cruz’s press release below this first ride report.

We received Santa Cruz’s Bronson CC X01 AXS RSV model, which retails for $9,849 and includes a 160mm Fox 36 Factory Float fork, RockShox Super Deluxe Ultimate rear shock, SRAM’s X01 AXS drivetrain and Reserve carbon wheels. It’s in the upper echelon of bikes with the build, price and performance to back it. Customers can purchase a frame, or more affordable builds starting as low as $3,699 for a CC frame or $5,049 for a complete Bronson C R build.

From a value perspective, many discerning buyers may take issue with the $5,000 price tag with SRAM NX Eagle, a RockShox Lyrik Select and Fox Float X Performance rear shock, but we’ll save the assumptions and value discussions for the message boards. One thing is certain however, there is no denying Santa Cruz puts a premium on their bikes and they believe the quality of their product, on-trail performance and lifetime warranty back it. Based on how many Santa Cruz bikes we see on the trails, it seems plenty of others agree.

The build quality, spec choice, fit and finish of the new Bronson are very nice. The color, machining and overall presence of this bike command attention. It is a beautiful machine and Santa Cruz absolutely nailed it there. Sitting atop the bike, our testers instantly felt at home, like it’s a bike they’ve been on for years. It has a balanced, centralized feel that instills confidence and strength. So much so, that we started trying new things, gapping features bigger than ever, pre-jumping and generally riding more aggressively than ever, which resulted in a rather unfortunate face-to-rock encounter after some dry conditions, a brain fart and a burped tire put me in a real bad position. ON-TRAIL
Our bike arrived just three days before the embargo lifted, so the rush to get miles under it was real, but we did our best. The amount of fun we all had on this bike made it much easier to play hooky and get another lap, or three in. Although we must admit, with it being such a playful bike, it was hard to stop mid-run, just as our flow was building just to turn around and go back up to shoot another photo.

In our quick test sessions we were able to take the new Santa Cruz Bronson out on a jump trail, a pretty typical low-grade pedaly singletrack with lots of twisty and tight corners, and some high-speed rocky chunk with back-to-back-to-back drops to flat. Of course, we had to climb to get there first so let’s discuss how the bike pedals first.

In typical VPP form, the 2022 Bronson is ready to spin. In our hurried set up, we certainly didn’t get the bike perfect, but with roughly 30% sag, the 150mm Bronson pedals quite efficiently. Although the pedal-bob is minimal, riders who are active pedalers or climb lots of smooth fire roads may still find some benefit with the climb switch. We tried climbing with it open and closed, and noticed a slight difference, but for our applications, we didn’t find it worth the energy of leaning over and possibly forgetting to open it for the descent. Basically, it climbs great for a 160/150 mullet bike.

Once at the top the Bronson begs to be manhandled. Our size large has a 475mm reach, which is my favorite reach number and perfectly blends stability at speed with the shortness or a playbike. I really like how easy it is to lift the front end up, whether it be for a manual, or to pre-hop a trail feature or to style out some big air off a jump. Speaking of getting the bike airborne, the suspension is quite playful and poppy, so getting this mountain bike off the ground comes naturally.

When it comes to keeping the bike on the ground, the updates made to the suspension make it equally capable. Santa Cruz has given the new Bronson a longer stroked shock, lower overall leverage, and a progressive, linear rate. Some of my biggest complaints about VPP bikes of old were the huge amount of pedal feedback and deceleration experienced on successive square-edged bumps. Each generation of Santa Cruz’s VPP gets better and reduces those complaints significantly. These new lower-link VPP bikes are impressing me model after model, well most of them anyways…

During our initial testing we noticed that the speed of the bike on flatter terrain was a bit slower than some others in our fleet. We’ve not yet isolated the issue in our first couple rides but are pretty confident we’ve either got a slight bit of drag from the brand new hubs, a bit more drag from the aggressive tire spec (compared to 150mm bikes with faster rolling tires) or the fact many other bikes in this travel range are dual 29ers, instead of mullets. We look forward to seeing if the hubs break in, or if we need to do a little tire experimentation and see if we can’t speed it up on those flatter trails.

The only other area we need to dive into more is the cornering and somewhat rear-biased feel some testers got. Since a couple of us weigh a little more than others and we were rushing, perhaps that 30% sag was a bit soft and led to some extra squat or weight bias in higher compression corners. We also plan on dropping the stem a couple of spacers on the steerer tube to see if dropping the bar height 10mm may help get us forward a bit. Either way, we’ll be sure to update you on this during our long-term review. Hot damn! If the 5010 is Santa Cruz’s 27.5 party bike, and the Hightower is a more speed and performance-oriented 29er, then the new 2022 Bronson is where party meets performance. Santa Cruz has made a bike that will be equally happy snapping, slamming and braaping as it will be pedaling, speeding and railing. We will say the smaller rear wheel certainly holds it back a bit for those truly looking for that enduro/racer boi speed traps, but if you’re not looking at the clock every ride and want something you can play around with on weekend and take to the races another, this could very well be one of our top picks of the year. We look forward to spending a lot more time on this bike, but if you’re even thinking about getting one and can’t wait that long, chances are that our opinion won’t be getting any worse about this bike. Shoot, it may even keep us off those damn a little bit more than usual…maybe. When we dropped the Bronson on the world in 2013 we caught many people with their pants around their ankles. 27.5-inch wheels were the new kid on the block and people weren’t ready for a disruptive little middle child to muscle it’s way into the household. The Bronson was among the first of its kind to adopt the in-betweener wheel size and the timing was just right to make it infamous.

Eight years later, the fourth generation Bronson comes in swinging with mixed wheels. It’s something that our other naughty kids, the Syndicate, have been playing with for a while on the V10s and Bullit eBikes. The big wheel up front gives the Bronson more traction (bigger contact patch and more rollover) which results in more confidence for the rider, while the BB to axle drop of the smaller, 27.5 rear wheel makes it easier to drop a shoulder into a late turn or lift the front wheel up and over obstacles.

Our demo crew have a saying, ‘If in doubt, take a Bronson out.’ It’s not that it’s the most versatile or anything cliché like that, it just has always had the biggest personality of any bike we build. Now the mid-travel and MX wheels mean it’s up for anything and urges a wider array of riders to get into more trouble. The good kind of trouble. With 150mm of travel and a leverage curve similar to the Hightower, it has enough to go deep on any landing and the VPP™ suspension design makes sure that there’s no wasted energy when heading back up for another go.

Proportional chainstays set the Bronson up for a wide range of rider sizes (we offer five sizes from XS to XL), while protective armour (downtube and shuttle pad), internal cables, and a bottle cage inside the front triangle mean that this wild child does have table manners.

A bike like the Bronson is meant to play rough-and-tumble, and as a result should also be ready to rumble. We build our bikes to last while most brands aim to just pass basic testing. But if a rider was really going to put their bike to the test in the real world over and over again it means building something beyond the standards. While the Bronson might not win any awards for ‘lightest on test’ it will be the bike that’s stiff enough for real mountain biking on today’s trails and is a bike that will outlast the rest. That’s why we proudly wave the flag of our lifetime warranty and have done so long before it became a box for a marketer to check. For the life of the bike we provide legendary rider support, which means all the human help and tech details are right at a rider’s fingertips. Fun fact: we also offer lifetime bearing replacement (if you’re too forgetful to take 15 minutes to service them). 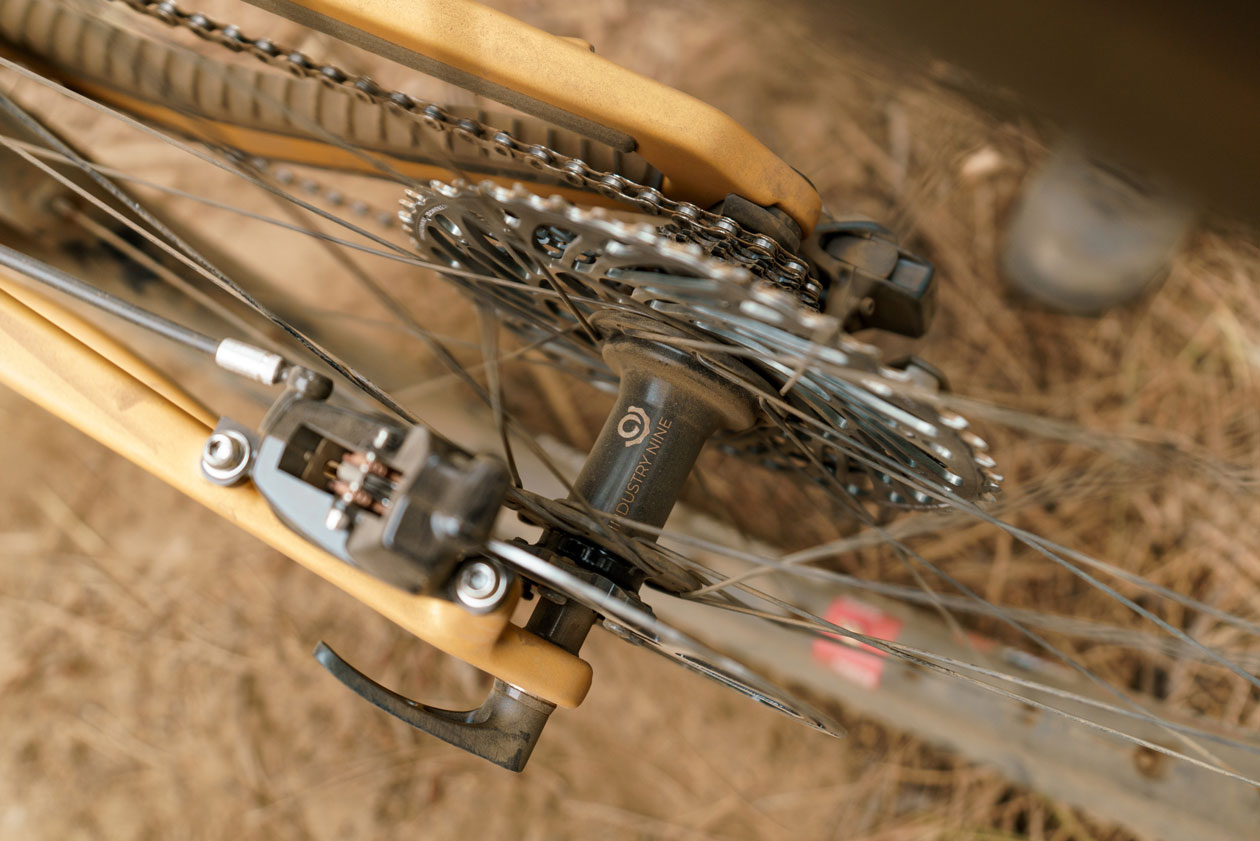 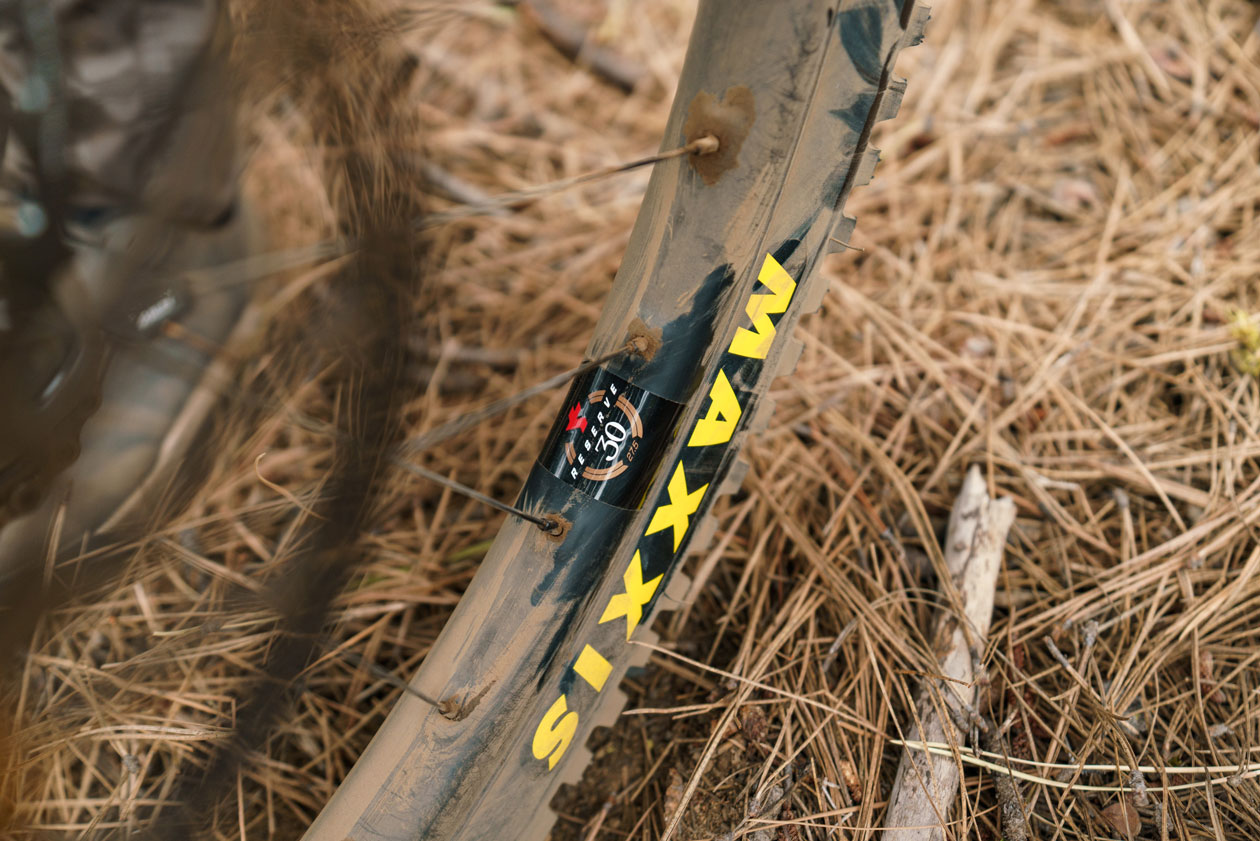