VINYL PROTECTION FOR YOUR PRIDE AND JOY

There’s an increasing number of mountain bike protection options on the market, and for good reason, as bikes are getting increasingly expensive. There’s nothing worse than seeing your brand-new bike fall victim to a massive top tube scratch from a clumsy fall or scuffle with a bike rack. I’ve had it happen far too many times, so I decided it was about time to get serious about protecting my bike and purchased a RideWrap kit for my bike. This isn’t your typical wrap, but does it live up to the hype? Read on to find out. 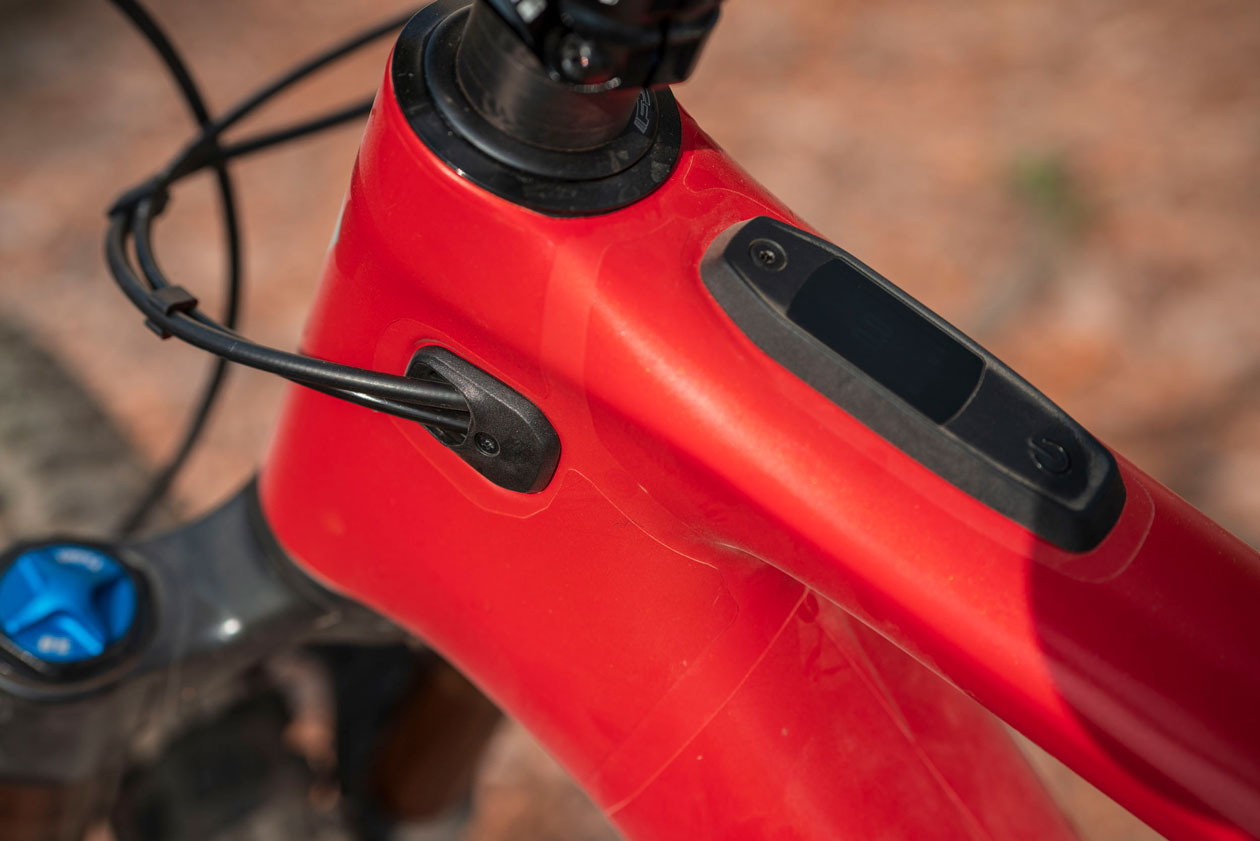 RideWrap is a Canadian company that specializes in tailored bike protection wraps. When I say tailored, I mean it. They use CAD drawn, precision cut vinyl pieces to completely enshroud your bike and even fork in durable film. Offered in six different levels, RideWrap allows you to choose just how much protection you want on your frame and fork. I opted for the Tailored kit, which is a complete wrap for the frame and fork with almost no exposed base paint. Those kits are typically about $105 for your complete frame. The most basic option is their $20 chain stay wrap, and they have a solid spread in between depending on your desired level of protection and budget.

The film they use is available in either a satin clear or gloss clear finish, with a 10-year warranty against discoloration and cracking. Similar to Xpel or other high-end films it’s also self-healing. Should the film get scuffs, heat or sometime in the sun will heal the blemish. While the film isn’t thick enough to completely prevent impact damage to carbon, it’s more than enough to ward off the typical scuffs, scratches and digs bikes get as they live their life on the trail.

The ordering process is as simple as selecting your bike’s year, model, and level of coverage, but the install process is a little more involved as I’ll explain below. THE DIRT
Install: In the past I’ve typically ordered a sheet of clear 3M vinyl and self-cut pieces to protect key areas of my bike. Not only is it tedious, but it leaves key areas completely unprotected since the cutting process is extremely difficult. It also looks like a home done job when it’s done! RideWrap sends a neatly rolled tube of film, with pre-cut pieces of vinyl that are numbered and correspond to a layout map they include in the box.

After a thorough (and I mean THOROUGH) cleaning of your bike and wipe down with the prep solution, you’re ready to go. RideWrap requires a wet install, using a mixture of baby soap and distilled water. The mixture allows you more leeway to position the film and work out the air bubbles with their provided squeegee. Coming from the car world this wasn’t my first vinyl rodeo, so I broke out my whole arsenal of squeegees to help with the process. I had planned to document everything with photos for the review, but quickly realized that wasn’t possible since you need clean, oil free fingers coated in the install solution to make the process function well. I decided getting a better finish was more important!

Thankfully the instructions and layout map make the process straightforward and foolproof. I recommend starting on a couple of the small panels before tackling the larger top tube or downtube pieces. Once you get a feel for working with the vinyl everything goes quite smoothly, although patience and attention to detail will be your friend with this job. If you try to rush, you’ll end up with a less than stellar result!

While RideWrap advises you to remove decals or factory installed film (the Levo I installed this on already came with the key areas vinyl wrapped from Specialized) I opted to leave it for added protection. That choice did introduce some bubbles that I couldn’t get rid of, as well as slight areas of air surrounding each raised decal, but in the end, I’d rather have more protection. All said and done, the process took me about 3 hours from start to finish, which is reasonable for a complete bike wash and wrap of the fork/frame. If you get stuck, RideWrap also has an awesome series of instruction videos on their website! Performance: I found the install process relatively easy, and thankfully the film is very forgiving of mistakes or mess ups. There were a few sections that required a heat gun to help the film conform to complex curves, but thankfully RideWrap does a great job with the placement of their panels to avoid this as much as possible by placing sharp curves between segments unless they are in a high wear area. While you can pay someone to install the film, there’s no reason that you can’t tackle it yourself in the garage to save some coin! With bike prices climbing higher and higher these days, a protective wrap like this makes more sense than ever.

I’ve had the film on the bike for over a month and can already say that it’s saved my top tube and chain stays from damage. I tend to get heavy heel rub marks on the non-drive side chain stays of my bikes, and this film has held up well to abrasion. While my previous bike was wrapped with a thicker gloss clear 3M wrap, the RideWrap film has done a much better job of maintaining a nice finish free of marks. The top tube has also impressed me as it’s stayed scratch free despite plenty of knee pad rub while riding. All in all, I’m happy with the results, and the matte finish looks great on the matte paint of the bike, which is rare! A bike is likely one of the worst investments you’ll ever make in terms of finance, so there’s every reason to try to preserve its value as best as possible. With a complete RideWrap, you have the best chance possible of selling your bike with a perfect finish when the time comes to move on. It’s also just plain relieving to know your multi-thousand-dollar bike is as protected from damage as possible. In my mind the 3 hours of effort and $100 bill are well worth the resulting peace of mind!

While there are plenty of wrapping options on the market, none are as high quality and complete as what is offered by RideWrap, and the results speak for themselves. There’s not much more I could ask for in a product like this and I think it’s safe to say I’ll never use a roll of 3M clear for my bikes again!