It’s becoming increasingly easy to find wheels that hit two of the three points of the strong, light, cheap matrix, but finding a set that ticks all three is rare. While “cheap” will mean different things to different riders, in the high-performance sector the sub-$700 price tag of the Newmen Evolution SL A.30 wheelset can be considered quite reasonable, and we reckon they happily tick the high-performance box.

The Evolution SL A.30 wheelset is German brand Newmen Component’s premium alloy all-mountain wheelset, which is said to be intended for Cross Country all the way through to Enduro riding. Built with their Evolution SL A.30 rims, laced with 28 straight pull 2-1.65-2mm double butted spokes to their FADE hubs, the Newmen wheelset tips the scales at 1780g (pair 29”, claimed). The Evolution SL A.30 rim is produced from 6069 Aluminum, with a 30mm internal width. The internal shape is quite unique to Newmen, with a hookless rim bead that sees the side walls flared out slightly. This is done to better resist the tendency for the rim to crumple inwards when impacted and should withstand off-center impacts to the rim better than a straight wall. The rim well has a shapely profile with a deep center channel to afford more space for the tire bead when fitting them to the rim, and a ridge to prevent the tire bead from sliding inwards under hard side-loads and burping air. The rims are rated up to Enduro riding for system weights up to 150kg (330lbs). The FADE hubs were designed with reliability as the ultimate goal. A three-pawl system with short and wide pawls is used to maximize the contact surface and best spread the load across the teeth as the hub engages on the 36 points of engagement. The freewheel system diameter is larger than average, which combined with a specially designed tooth profile to limit the noise produced. The hub bodies are reinforced in key areas to further handle trail abuse, leading Newmen to rate the FADE hubs for eMTB use, and a max system weight of 175kg.

Newmen offers the complete wheels as separate front and rear wheels with RRP’s of €280 and €400 respectively. They offer options for 27.5” and 29” on either end, with 6-bolt brake disc mounts only, and freehub options for all major standards. Propain Bikes have been offering the Newmen Evolution SL A.30 wheels as spec options on their full suspension bikes spanning from the Hugene all the way up to the Spindrift. This has meant I’ve spent a considerable amount of time on three different sets of these wheels, across a wide range of terrain in different countries, and the outcome has been the same on all three sets.

Getting tires mounted onto the hookless bead never proved to be an issue, and throughout testing the separate wheelsets I never had to fight hard to obtain a tubeless seal when using a high-volume track pump. The overall wheelset weight is lighter than most in the alloy enduro category, and so they spin up to speed with less effort than many. The hubs aren’t the absolute fastest rolling, noted by them stopping in the stand sooner than some, but this didn’t give notable drag out on the trail. A combination of the 28 straight pull spokes and quite abrupt engagement of the 36t freewheel can give a slight “load up” sensation, which is often met with the “ching” noise of the spokes when they’re stamped on, but it doesn’t produce any drawbacks to their performance. The engagement is solid, and 36 points are on the low side of acceptable these days but do the job just fine. The freehubs never once skipped or had issue on any of the wheelsets tested, and though they are a little louder than Newmen may have you believe from their blurb, they certainly aren’t arrogant. They are not a particularly stiff wheelset in 29er guise, offering notable compliance on the off-cambers and a bit of vagueness when hitting bikepark turns hard. This can be a positive to those looking to ride chunky natural trails, especially with particularly stiff bikes, but they’re within a comfortable range that avoids them removing your confidence to attack in the park too. The most impressive quality of the SL A.30 rims is their dent resistance, they’re truly impressive. If I had only tested one set for a shorter period of time, I’d be less confident to say so, but with three bikes seeing a barrage of abuse with a variety of tire setups, I’m quite happy to say they all came out the other side without anything more than a cosmetic “ding”. No mean feat for a wheelset under my 200lbs mass and aggressive riding.

The only casualties at all were on the set I tested on the Propain Tyee, which after a torturous test period that spanned multiple seasons saw two spokes break. This let the wheel come out of true as you may expect, but this was rectified as soon as the replacements were fitted, and they were punished for a while longer without issue.  The other sets barely needed touching with a spoke key throughout their test periods, with high quality builds from the factory that kept things straight and tight. The hub bearings on the front of the Tyee were the only set that ever gave even a slight notion of roughness, and otherwise the sealing quality was excellent, revealing impressively clean freehubs and smooth bearings after countless miles in both the dust and the mud. Overall, the performance and build quality of the Newmen wheels has been stellar, and I wouldn’t think twice about recommending them to riders who are looking for a light and strong, but not particularly stiff, all-mountain wheelset. 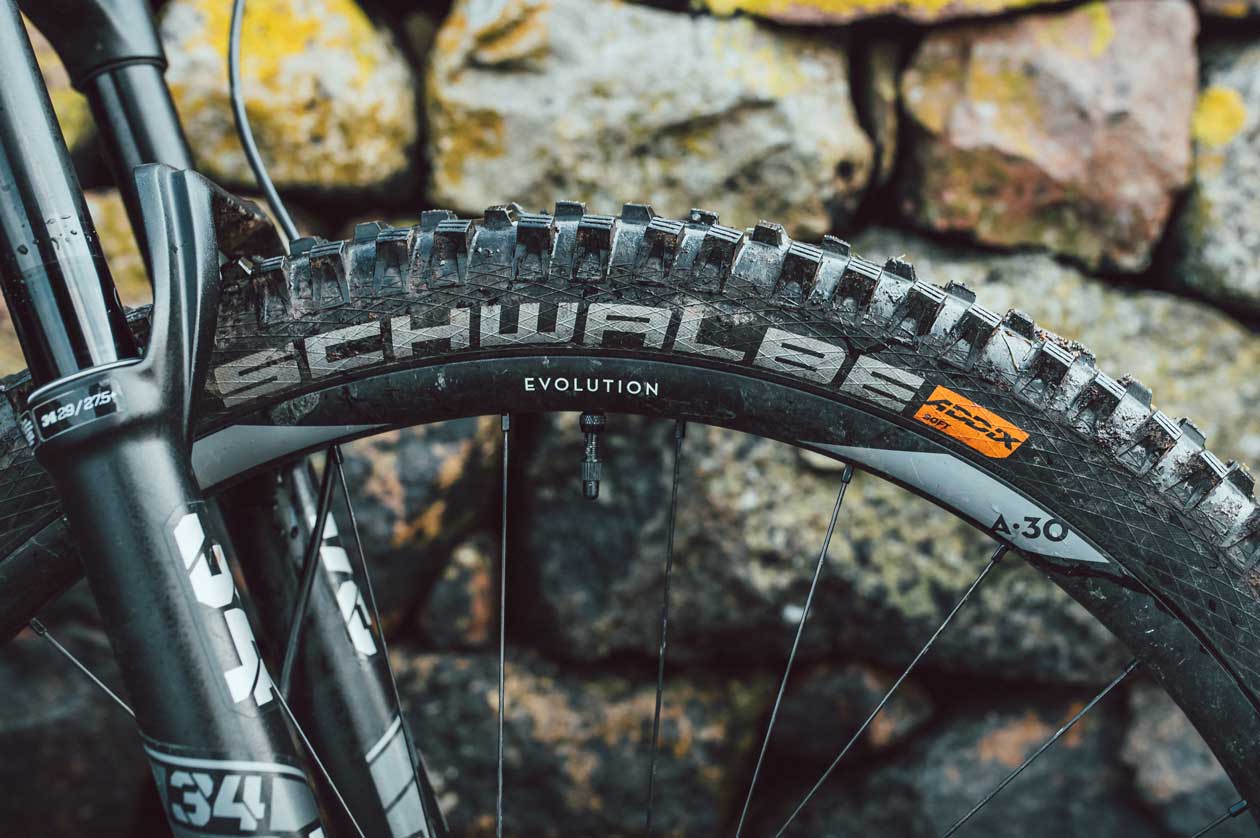 They’re light and strong, and while not necessarily cheap they offer a good value to performance ratio, making the Newmen Evolution SL A.30 wheelset a great option for riders looking for a reliable and compliant wheelset for trail through to enduro abuse.

Not the fastest hubs