Founder Chris Cocalis wanted to pursue his passion for building bikes that push the envelope. Pivot wanted to pay homage to the belief that technology can better a riding experience. Way back in 2007 carbon was just starting to appear in the mountain bike world but Pivot felt that carbon wasn’t an advantage, so they stuck to aluminium for the Mach 4 and the Mach 5.

The Mach 4 is still in Pivot’s lineup and the Mach 5 has grown into the Mach 5.5. Pivot has also added the Mach 6, the Phoenix DH bike, the Shuttle e-bike and a number of different models.

A lot has changed since Pivot’s humble beginnings in 2007. What hasn’t changed is that their full suspension bikes are still using Dave Weagle’s famed DW-Link. A design that was made famous in the early 2000’s by the Iron Horse Sunday. The DW-Link has been used on the Pivot’s since 2005 and can still be found on all of their full suspension bikes.

In the pursuit of their passion for pushing the envelope Pivot launched five new models in 2019. New models like the Firebird 29 and Trail 429 are good examples of bikes that continue to stretch the limits of what a mountain bike is capable of. Additionally , the all new Aluminium Switchblade and Mach 6 bring the category-leading performance to a larger group of riders.

Below you can find all of the reviews we’ve conducted aboard Pivot Mountain Bikes. We take pride in offering the most honest and up-front reviews in hopes that you can better inform yourself on any future purchasing decisions based on your local terrain and skill level. 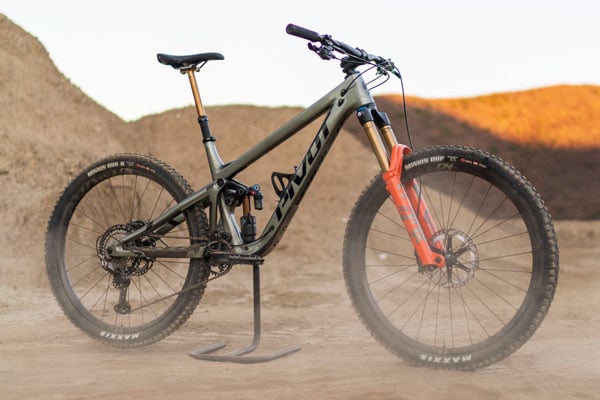